Men of many talents

As a creature of habit, I have always had a great deal of admiration for any individual in this funny old world who can demonstrate skills and talents outside their own areas of expertise.

When I was a spotty adolescent still living with my parents I remember one of their neighbours, a lovely man
by the name of Alec, coming over for a Friday night meal. Alec was a short-hand typist by trade and such were his remarkable speed and professionalism that his services were much in demand from the likes of the high courts and the Jockey Club. So it was with some astonishment after dinner that he nonchalantly picked up my brother's old violin, which none of us could play, and proceeded to play the second movement of the famous Mendelssohn violin concerto. He hadn't received a single lesson in his life but had somehow managed to teach himself.

In a similar vein, there was a chap I used to play cricket with who, besides being a very bright young barrister, used to win knitting competitions, and would knit the most incredible cricket jumpers with the most elaborate cabling. His knitwear was in fact so impressive that the entire team would eventually end up sporting his handiwork - which would often draw comments of approval from opposing teams. 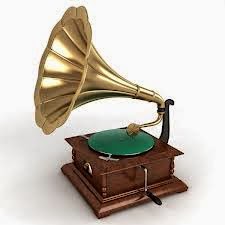 Of course, such talents can have their drawbacks when, for instance, the individual in question becomes a tad obsessive. My brother's old history teacher who sadly passed away not so long ago, was in fact one such person. In many ways he was a typical academic and by all accounts a very good teacher. But he was also a fantastic mechanic despite the fact that he didn't own a car. His love of machinery had led him at one point to collect and restore old motorbikes. When I first met him he was going through his gramophone phase, and had I think accumulated a collection of around fifty wind-up gramophones and wax cylinders - all of which worked perfectly thanks to his mechanical genius. But sadly his obsession grew to the point that one could barely set foot inside his sizeable house for the size of his collection. And it was by this time that his wife had made it very clear to him that either she or the gramophones would have to go. Well, of course, there was no way he could have let any of those remarkable machines out of his sight, so it was his wife who was to make a hasty exit - never to return.

In a rather roundabout way, this leads me onto my old mate, Jon Bray. Jon and I both attended Maidstone College of Art where we managed, between drinking beer, to gain degrees in graphic design, and then perversely secure jobs in the fickle world of advertising as writers (copywriters) rather than designers (art directors). But there the similarity ends. You see, unlike me, Jon is a man of many talents. And one of those talents happens to be cooking. Over a decade ago Jon took the brave decision to jack in his successful career as an advertising copywriter and do what he loves best - cooking. He and his wife upped sticks and moved to the glorious wilds of Pembrokeshire. And to hone his culinary skills, Jon got himself onto a leading cookery course in Ireland and then did a stint as a chef. In 2011 he set up his own business, the Nant y Coy Mill Cafe, and now employs his own workforce including a chef and rears his own pigs, chickens and geese. It's a good life, if at times hard and full-on. Needless to say, the reviews of Nant y Coy Mill Cafe on such sites as Trip Adviser are fantastically positive.

I have yet to pay Jon's cafe a visit to sample such delights as his Ribollita served with toasted sour dough or his chunky smoked haddock chowder with leek, potato and fennel, but something tells me that it won't be long before I do.

Alex Pearl is author of Sleeping with the Blackbirds
Posted by Alex Pearl at 07:06