The lost art of negative advertising 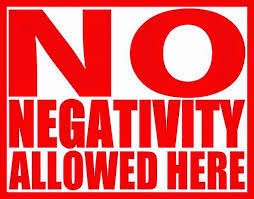 These days, all forms of communication seem not only to be governed by the rules of political correctness, but also by a total aversion to any form of negative sentiment.

Only a few days ago, a junior account handler came back from a client meeting with a request to remove the word 'but' from some copy I'd written, on the grounds that this was too negative a word. If one were to follow this strange form of logic through to its conclusion, I suspect you'd have to lose an awful lot of words from the English dictionary.

As a copywriter, I am staggered and pretty irritated by this fear of the negative. After all, some of the finest and most memorable ads ever written have conveyed negative messages. Can no-one remember those wonderful ads for Albany Life that graced our newspapers back in the day? Headlines like: 'Are you making plans for your wife's death?' And: 'Answer these ten questions 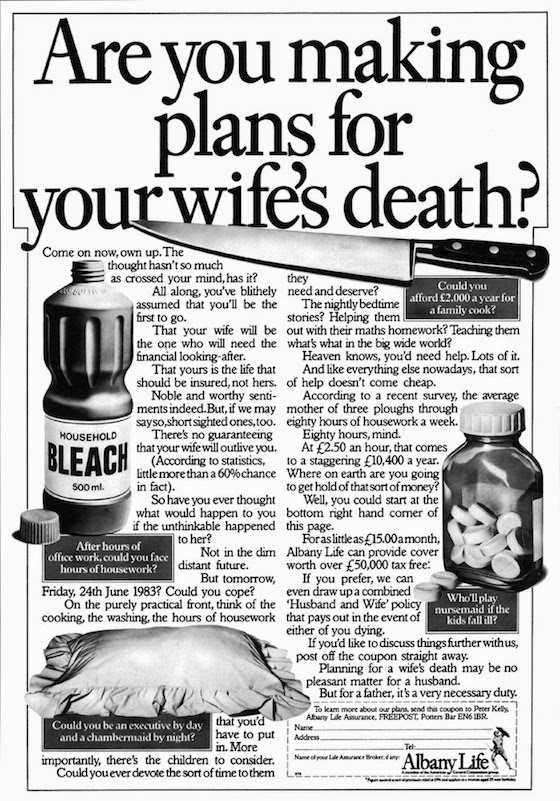 and work out the date of your own death.'

Then, of course, let's not forget the famous pregnant man created by Saatchi & Saatchi that carried the less than positive headline: 'Would you be more careful if it was you that got pregnant?'

Negativity can, of course, also be charming and witty. Parker pens ran a lovely ad penned by Tony Brignull that encouraged the reader to: 'Rediscover the lost art of the insult.' The long copy cited examples of very witty insults and put-downs, and encouraged the reader to let rip with a Parker fountain pen. Besides being a joy to read, it sold a lot of pens.

But perhaps the most negative yet remarkably successful and cost-effective adverts ever penned in the history of advertising were written back in the 60s, not by a copywriter, but by the client himself.

Roy Brooks was an estate agent in the fashionable Kings Road, Chelsea. He was, by all accounts, a sardonic individual with a sharp tongue and a very distinct way with words. And he clearly loathed the kind of disingenuous classified ads that plastered the property pages. So to put matters straight and to stand out from the crowd, he penned his own classified ads. To give you a flavour of the kind of thing he'd bash out on his typewriter, here's one he wrote for a property in Pimlico:

Wanted: someone with taste, means and a stomach strong enough to buy this erstwhile house of ill-repute in Pimlico. It is untouched by the 20th century as far as conveniences for even the basic human decencies are concerned. Although it reeks of damp or worse, the plaster is coming off the walls and daylight peeps through a hole in the roof, it is still habitable judging by the bed of rags, fag ends and empty bottles in one corner. Plenty of scope for the socially aspiring to express their decorative taste and get their abode in The Glossy, and nothing to stop them putting Westminster on their notepaper. Comprises 10 rather unpleasant rooms with slimy back yard, 4,650 Freehold. Tarted up, these houses make 15,000.

Besides being brutally frank, and not unamusing, the ad feels honest and undoubtedly appeals to that universal, deep-seated human instinct we all share of wanting to track down that elusive bargain.

The ad below is another wonderful example. I particularly like: '3 normal-sized bedrooms & a 4th for an undemanding dwarf lodger.' And: 'Nature has fought back in the garden - & won.' 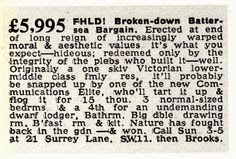 So incredibly effective were Roy Brooks' classified ads that in time, even people like my father, who had no interest whatsoever in buying property, would turn to the property section of the Sunday Times just to read Roy's latest offering.

Roy Brooks himself became a multi-millionaire on the back of his successful classified ad campaign, and though he died over 30 years ago, his company still runs to this day. But alas, the property ads that appear on the comany's website are the run-of-the-mill variety, laden with the customary superlatives, and not a single negative adjective in sight. Enough to make poor Roy Brooks turn in his grave no doubt.

Alex Pearl is author of Sleeping with the Blackbirds
Posted by Alex Pearl at 08:36 3 comments: