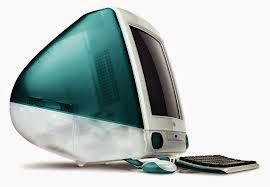 In September 1971, a brilliant and socially inept electrical engineer was perusing an article his mother had saved for him in Esquire magazine. The geek in question was a young student named Steve Wozniak, and the article revealed that hackers had now worked out how to make long-distance calls for free by replicating tones that routed signals on the AT&T network. It further revealed that the sound emitted by a toy whistle found in a cereal packet would perfectly replicate the same 2600 Hertz tone used by the phone network's call-routing switches and could fool the system into allowing long-distance calls to go through without extra charges. The article went on to declare that other tones that served to route calls could be found in an issue of the Bell System Technical Journal, and as a direct result, AT&T began a campaign to get the journal removed from library shelves.

In an excited state Wozniak got on the phone and called his best mate and fellow electronics geek, Steve Jobs, and together they set off to find a library that still had the journal on its shelves. They got lucky and immediately set about producing a device that utilised a frequency counter to calibrate the desired tones. Unfortunately for them, their first attempt didn't quite work and was unable to fool the phone company. Undeterred, Wozniak agreed to continue on the project by developing a digital version of the device by using diodes and transistors.

Once it had been completed, the two attempted to call Wozniak's uncle in Los Angeles, but by mistake got a wrong number. It didn't matter - it worked perfectly.

As a result, the two came to realise that the device, which they dubbed a Blue Box could be built in huge numbers and sold. The units would cost them $40 to manufacture, so Jobs decided to price them at $150. They demonstrated them at college and swiftly sold around 100 units. But their endeavour came to a swift end when trying to sell it at a pizza parlour, they were quite literally mugged at gunpoint.

Steve Jobs was to later recount the episode as being the spark that launched Apple. The two friends had an affinity when it came to solving technical problems and together formed an invincible and incredibly focused team. When quizzed on the subject by Walter Isaacson, Jobs later confessed: "If it hadn't been for the Blue Boxes there wouldn't have been an Apple."

Alex Pearl is author of Sleeping with the Blackbirds
Posted by Anonymous at 06:43