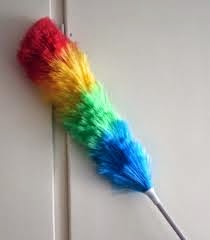 I've had my fair share of strange job interviews over the years. Perhaps the most surreal was when I applied for a summer job while still at school at the passport office in Petty France, London. The job, which was no more than a dog's body position that required me to spend endless days tracking down passport applications, came under the auspices of the Home Office. So I was required to go through a bizarrely official interview somewhere in Whitehall. It was, in short, the most daunting and nerve-wracking interview I've ever had to sit through. The interviewer, a stern woman in her late fifties with horn rimmed glasses over which she peered accusationally would have made a perfect MI5 interrogator. To make one feel even more uneasy, her office was a vast and gloomy affair and her desk enjoyed the proportions of an ample boardroom table. Once my interrogation was over, this Rottweiler of a woman informed me that in the event of taking up the position, I would be expected to handle highly sensitive, confidential material for which I would be required by law to sign the Official Secrets Act. That's right, we're talking poxy passport applications. I'm not entirely sure how the information I might have gleaned from the 'distinguishing marks' section of an application form could be classed as 'highly sensitive' and pose a threat to national security, but there we are.

In a rather different vein, a cousin of mine once recalled a strange interview he had at Cambridge university many years ago. The elderly Don enquired politely what my cousin's father did for a living, and my cousin responded that his father was a rabbi. "Ah splendid," retorted the older man, "he's in rubber." My cousin chose not to say another word.

But far more surreal than either of these two examples was an interview a very good friend of mine recounted to me last week. This friend is an accountant and had gone for an interview for a job in an area closer to where he lives. Everything went perfectly well. My friend answered all the questions perfectly, and then from nowhere came this: "Now Mr Smithers, what are your cleaning skills like?" My friend looked a bit blank. He was under the impression that the position was for a company accountant who could keep the company's books looking clean and tidy - not the company's carpets and skirting boards.

"Let me explain," continued his interviewer. "We have a rota here. Once a week we all muck in and clean the office." My friend, being an honest individual, admitted that his accountancy skills were far more impressive than his ability to don Marigold gloves and wield a feather duster. His interviewer looked somewhat disappointed; and my friend hasn't heard anything back since.

I know we live in an age where multi-tasking is expected of all of us; but this has to be completely and utterly bonkers.

Alex Pearl is author of Sleeping with the Blackbirds
Posted by Anonymous at 06:06