How a handbag shop won Spielberg his first Oscars 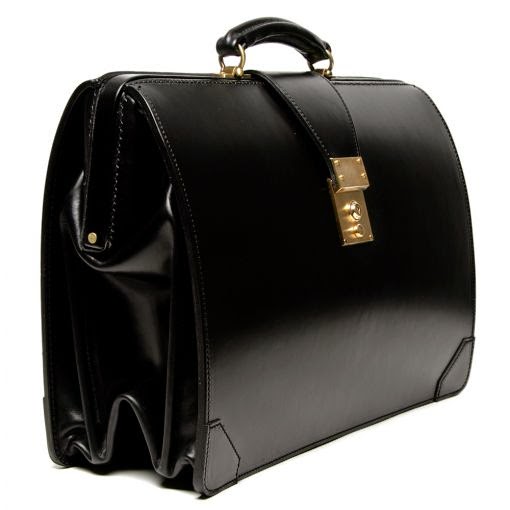 In October 1980, the Australian novelist, Thomas Keneally found himself in Beverly Hills having just returned from a film festival in Sorrento in Italy. He had been invited by his American publisher to embark on a book tour in the States, but having stepped off the plane, his priority was to replace his briefcase which had been stuffed to the gills with Italian souvenirs and had now given up the ghost.

Not wanting to spend a small fortune on Rodeo Drive, he found a more modest looking street with ordinary looking shops, and here discovered the Handbag Studio. Its charismatic owner was stocky and appeared to be of Slavic stock and stood in the doorway eyeing up this prospective customer clutching his broken briefcase.

"So it's 105 degrees out here and you don't want to come into my air-conditioned store. Do you think I'll eat you?"

The proprietor was known locally as Leopold Page and was impeccably turned out. Keneally explained that he needed a new briefcase, and followed the owner into the shop.

The two engaged in a conversation. Leopold wanted to know how the case had become broken and what had brought this Australian to Beverly Hills. And in return, Keneally learnt that the proprietor's real name was Leopold Psefferberg, or simply Poldek for short. And once Keneally had revealed that he was an author, the other man became even more animated, introducing Keneally to his shop assistant, his son and finally his wife, Mischa who he clearly adored.
Having found a suitable briefcase and arranged for a $10 discount, Poldek took the author aside.
"Here's what I wanted to point out ... I know a wonderful story. A story of humanity man to man. I tell all the writers I get through here... But it's a story for you, Thomas. It's a story for you, I swear."

These are words that most writers would probably dread. Keneally may well have had visions of listening to the story, nodding politely, feigning interest and disingenuously promising to use it in some way by weaving it seamlessly into his next book.

But the more this engaging shopkeeper spoke, the more the professional storyteller became entranced.

The story was, of course, a gift for anyone in search of the perfect narrative.
Poldek and his wife were Jews and had been saved during the war by a Nazi by the name of Oskar Schindler - a womanising, drinking and gambling member of the Nazi party who demanded to fill his munitions factory in Krakow with Jews who he then looked after and protected like a guardian angel - knowing full well that their fate would otherwise be certain death. 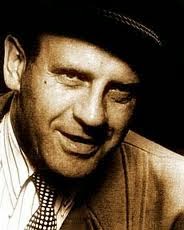 Keneally had stumbled by chance on the entire storyline for his next novel, the details of which were meticulously filed in the form of countless press cuttings and photographs that Poldek produced from several filing cabinets. There were heartfelt speeches from Jewish survivors who owed their lives to Schindler; there was a lengthy piece on Schindler written by the Los Angeles Examiner; there were countless carbon copies of letters in German; and there was a notice of Schindler's death in 1974 and the reburial of his body a month later by the Israeli government on the Mount of Olives in Jerusalem where a tree was planted in his honour in the Avenue of the Righteous.

All this documentary evidence Poldek collated and then together with Keneally carried across the road to the local bank where, having exchanged words with one of the employees, the entire pile was copied on the bank's photocopier.

Keneally came away from the handbag shop with his head reeling. In his hand he carried his new briefcase stuffed full with the photocopies from the bank. There was so much material here, and all of it was totally engrossing. Among the numerous speeches was one by Schindler's Jewish accountant, a man named Itzhak Stern whose detailed account of Schindler's single-minded crusade to pluck Jews from the shadow of death, was made from Tel Aviv in 1963. Among countless other testimonies, there were documents and plans relating to Plaszow concentration camp on the northern edge of Krakow; a camp run by an SS sadist by the name of Amon Goeth from whom Schindler secured his labour for his first factory in Krakow.

Then there came the typewritten list of names of workers who were to be transported to Schindler's second factory, Brinnliz in Moravia. The list was hundreds of names long, and among them were the names of Leopold and Mischa Pfefferberg. Mischa was marked down as a metalworker and Lepold, a welder - despite the fact that he had never attempted to use a welding iron in his life. This list would become the focal point of the novel and eventually work itself into the title of both the book and the film to follow.

Also among the material was a faded typewritten translation of a remarkable speech given by Oskar Schindler on the last day of war in which he addressed both his labourers and the SS guards who had been ordered to exterminate the camp. While informing his former labourers that they were about to inherit a shattered world, he implored the guards to depart in honour without blood on their hands. It was a huge gamble, and the atmosphere must have been unbelievably tense. But the gambit, as was so often the case with Herr Schindler, paid off and the guards fled.

Interestingly, Keneally wasn't the only person to discover the story. In the early 1960s, while Oskar Schindler was still alive, the wife of the film producer Marvin Gosch had brought her handbag to the shop to be repaired. Once Poldek had established the identity of his customer, his powers of persuasion were put to good use and within weeks an appointment had been set up for him to see Marvin Gosch at the MGM Studios.

Hearing Poldek's story filled Gosch with such enthusiasm that he got together a team including Howard Koch who had worked on the screenplay for 'Casablanca', and together they began interviewing Schindler survivors. And then over the winter of 1962-63 Gosch, Kock, Poldek and Schindler met along with other Schindler survivors in Jerusalem and Tel Aviv. And following this meeting, MGM bought the rights to Schindler's story for $50,000. It was perfect timing for Oskar Schindler since his small cement business had only recently gone into liquidation and he was living on hand-outs from his survivors. According to Poldek, he'd insisted on paying $20,000 of this figure to Oskar's wife, Emilie Schindler. And the remaining $30,000 he took to Oskar.

As with so many film projects in Hollywood, the film never saw the light of day, and the story remained unknown to the wider world. 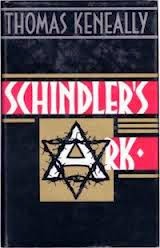 But while Keneally sat in his hotel room meticulously going through the precious contents of his new briefcase, he was called by Poldek and invited to dinner with himself, Mischa and Schindler's former lawyer, Irving Glovin. Keneally accepted, but initially felt that he wasn't the obvious choice of author for the book. After all, he wasn't Jewish, and didn't feel qualified to tell the story. But the more he talked to his hosts, the more he came to realise that the Holocaust told through the lens of Oskar Schindler would bring the whole unimaginable scale of the Holocaust down to an intimately human and tangible level. In Keneally's own words: "I had stumbled upon it. I had not grasped it. It - and Poldek had grasped me."

In 1982, Keneally's book, 'Schindler's Ark' was published to widespread acclaim, and in the same year went on to win Keneally the Man Booker Prize. And following its success, Poldek set himself his next mission in life: to persuade Stephen Spielberg to shoot the film. According to Poldek, he called Spielberg every week for eleven years. In truth, Spielberg needed little persuasion. He was so moved by the book that Universal Pictures bought the rights to the film, which Spielberg tentatively agreed to shoot on location in Poland in 1993. And Poldek became an advisor on the film, showing Spielberg the sites in Poland.

Spielberg saw the project as his contribution to his family and refused any payment, viewing it as "blood money."  In March 1993 shooting began. Spielberg was insistent that the film had to look real and for this reason chose to shoot in the style of a black and white documentary, disposing with dollies and cranes and opting instead for handheld cameras. 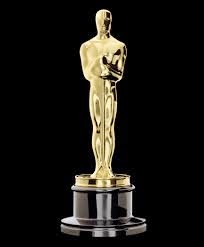 As Spielberg later confided, the experience for him was highly emotional. "I was hit in the face with my personal life. My upbringing. My Jewishness. The stories my grandparents told me about the Shoah. And Jewish life came pouring back into my heart. I cried all the time."

The film went on to win seven Oscars including 'Best Film' and 'Best Director', along with a host of other accolades. Touchingly, Spielberg invited Poldek and his wife to accompany him to the Academy Awards night, and on accepting the awards, made a special mention of "a survivor named Poldek Pfefferberg... I owe him such a debt. He has carried the story of Oskar Schindler to all of us."

At the box office 'Schindler's List' proved far bigger than anyone could have imagined, grossing an astonishing $321.2 million worldwide. And when it received its television premier in the United States on NBC in 1997, it received no fewer than 65 million viewers.

Poldek went on to set up the Oskar Schindler Humanities Foundation, an organisation that recognises humanitarian acts by individuals, regardless of race or nationality, and when asked about his objectives, responded with the following words: "Only when the foundation is a reality will I say I have fulfilled my obligation. Because when I am no longer here, when the Schindler Jews are not here, the foundation will still go on."

Poldek died on 9 March 2001 having fulfilled his obligation many times over.