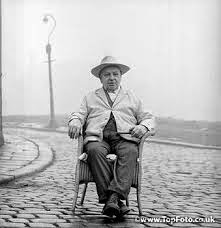 I have long been a keen viewer of 'Dragons’ Den.' It's a reasonably sound formula for watchable television despite the irritating music, studio set-ups and close-up camera angles. But this said, there isn't a single business idea involving a brilliantly inventive creation that I can readily recall this show ever bringing to light. But then, that isn't entirely surprising. Brilliant inventive ideas in the business world are usually confined to the sphere of technology and involve vast teams of technicians and sizable resources.

Ask anyone on the street to name some brilliant inventions created by individuals in the last century and they'll be hard pressed to come up with more than two or three. I can think of two: the wind-up radio by Trevor Baylis and the utterly brilliant Catseye by Percy Shaw.

The Catseye is one of the best examples I can think of that is beautifully simple and profoundly beneficial. And the story behind the man and his idea are worth recounting here.

One of fourteen children, Percy Shaw was born into an impoverished family in 1890. His father, a dyer’s labourer could barely support his large family on his paltry salary of £1 a week. And at the tender age of 13, Percy left school and took a series of odd jobs culminating in running a blacksmith’s forge with his father. He had always been inventive and from a young age had devised several games, and was by this point turning his hand to inventing various items including rubber backed carpet and an ambitious though unsuccessful attempt to design a petrol pump. By the early 1930s, he’d set up a business to repair roads, paths and pavements, and had invented his own means for doing so: a mechanical roller that utilized an old Ford engine and three lorry wheels. And it was during this period that his inventive brain turned to making roads safer for drivers at night. Shaw had already come close to coming off a sharp bend in a country road when returning from the pub in his car one evening, and was only saved from doing so by the reflective eyes of a cat in the middle of the road.

With the motorcar becoming increasingly popular in the 30s, Shaw knew instinctively that motorists desperately needed some way to see country roads in the dark, and it was the cat’s eyes that had given him the idea of inventing road studs that could work in precisely the same way. He spent the next few years developing his idea in some detail. The studs would have to be bright enough to illuminate the road for motorists at night; able to work effectively in all conceivable weather conditions;  robust enough to withstand heavy traffic going over them; and be completely maintenance free. It was a tough design brief, but Shaw’s eventual design fitted the bill perfectly. He came up with four glass beads embedded within a tough but flexible rubber moulding mounted into a cast iron base. The studs would have to be sunk into the road and fixed in position with asphalt. When vehicles rolled over the rubber studs, they’d simply be pressed into their housings and the glass beads would drop safely and temporarily below the level of the road surface. Ingeniously, Shaw designed a housing that would fill with rain water, so every time a vehicle passed over it the rubber housings would wash dirt and grime from the glass beads in much the same way as the human eyelid regularly washes tears across the surface of the eye.

In 1934, Shaw registered the patent for the Catseye, and the following year he set up a company, Reflecting Roadstuds Ltd with £500 of capital to manufacture his invention. And in 1956 he financed his own experiment, installing fifty catseyes on a particularly dangerous stretch of road just outside Bradford.

As a result, the number of accidents on this stretch of road fell sharply. Impressive though these results were, Shaw was going to have to compete for recognition, because in 1937 the Department of Transport, seeing the need for safer night time driving, launched a national competition to find an effective road reflector.

Shaw’s design eventually won hands down; all other designs either broke during the trial or were deemed ineffective. Nevertheless, his success was short-lived as orders for the road stud simply weren’t forthcoming.

The outbreak of war in 1939 though was to change all that. With government imposed blackouts to thwart German bombers, driving anywhere at night had suddenly become even more perilous, and the Department of Transport’s orders for Shaw’s invention suddenly came flooding in.

After the war the business flourished; Shaw’s factory in Boothbury expanded to occupy over 20 acres with a workforce of 130 and export orders for over a million Catseyes a year. In 1947, Jim Callaghan, then Roads Minister, ordered their introduction nationwide. Eventually there would be 400 on every mile of motorway, and more than 20 million across the country. And in 1965, in recognition of his contribution to road safety, Percy Shaw received an OBE. He was by this stage a multimillionaire.

Despite his vast wealth, Percy Shaw lead a frugal life, refusing to move out of the house he had been brought up in since the age of two. His only luxuries in life were his two Rolls Royces and three television sets which remained perpetually on. 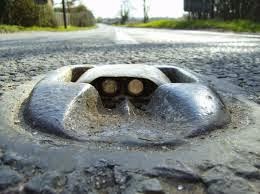 Though a Great British eccentric who never married, he was by no means a lonely man. He enjoyed the company of women and his fellow man, and was often in the habit bringing back friends to his house after the pub had closed to enjoy a few more beers and to watch wrestling on the television.

He died in 1976 at the age of 86 in the same house he had lived virtually his entire life.