Israel bashing. It may be right on. But is it right? 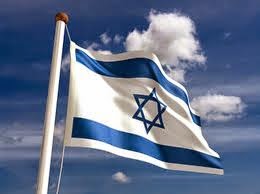 I'm not an especially religious Jew. As Jonathan Miller famously said: "I'm just Jew-ish - not the whole hog you understand." And I'm not a huge fan of religion per se. I've only been to Israel once many years ago when I was a schoolboy. For me the best thing about Judaism has to be the chicken soup and gefilte fish.

This said, it irks me that every time I hear or read about Israel, the general sentiment is vehemently hostile towards this tiny country the size of Wales - the only parliamentary democracy in the Middle East. Admittedly this tiny country does have a right wing government that a lot of us have issues with, and I count myself among those who certainly don't like Likud and Benjamin Netanyahu's policies. I never have. Israeli occupation of the West Bank, East Jerusalem and the Golan Heights in my view was and still is questionable. But to understand the mess that is the Middle East, one has to be in possession of a few inconvenient truths (to borrow Al Gore's phrase). Inconvenient truths that so many who blithely label Israel as a fascist, colonial state seem completely unaware of.

Inconvenient truth no. 1
Before 1967 when Israel went to war with her neighbours, Gaza was owned by Egypt and the West Bank was owned by Jordan - neither of whom recognised their arab brethren as Palestinians living in the land of Palestine.

Inconvenient truth no. 2
There are 5 million Jews living in Israel, surrounded by 500 million arabs. Imagine a match box lying on a football pitch. That match box is Israel.

The Israeli government does not speak for the vast majority of Israelis when it comes to foreign policy. There are many outspoken Israeli critics of the current administration and many pressure groups and inter-faith groups operating in this small land. And unlike other states in the region, these individuals enjoy the freedom of speech.

The Palestinian Liberation Organisation (PLO) and now the Palestinian Authority and Hamas have never accepted Israel's right to exist.

The Palestinian Authority went as far as publishing this in 1998:

"The difference between Hitler and (British Foreign Minister) Balfour was simple: the former (Hitler) did not have the colonies to send the Jews to, so he destroyed them, whereas Balfour turned Palestine into his colony and sent the Jews. Balfour is Hitler with colonies, while Hitler is Balfour without colonies. They both wanted to get rid of the Jews... Zionism was crucial to the defence of the West by ridding Europe of the burden of the Jews." Al-Hayat Al-Jadida, December 6, 1998

I think this text says everything we need to know about the PA's deep-seated feelings about Jews.

Since 2001 Palestinian militants have been firing thousands of rockets and mortars at Israel, deliberately targeting civilians; acts which the United Nations, the EU, Amnesty International and others have condemned outright as acts of terrorism.

So the next time you hear someone on their high horse telling the world that Israel is a pariah state, do please remind them of these five inconvenient truths. Like every other hotbed of conflict in this complicated world, there are always two sides to any intelligent debate.
Alex Pearl is author of Sleeping with the Blackbirds
Posted by Alex Pearl at 15:10