It's arguably one of the most exciting and emotive products for advertisers to sell. But when was the last time you saw a great ad about money? 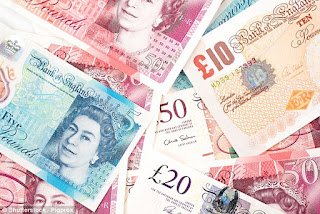 I've been an advertising copywriter for more years than I'd comfortably own up to, and a good proportion of that time - perhaps 25% - has been devoted to the area of financial services. It's an arena known, not for its creativity, so much as its lack of it. It's one of those few sectors that for some curious reason, makes many copywriters go all weak at the knees at the prospect of taking a brief. Yet, we copywriters are always looking for angles on products and services that will enhance the customer’s life in some small way. And money, unlike so many other things in life, really can change our lives. Products like pensions and life assurance, for instance, offer the creative team incredibly powerful and emotive propositions to play with. After all, a yoghurt or chocolate bar can only do so much to make us feel good. A pension, on the other hand, will quite literally affect the quality of our lives for a good 20 years or more. And a life policy will pay for our wives, partners and kids to have a comfortable life, even if we’re not around to enjoy it with them. These are powerful, deeply profound and wholly tangible product benefits that should, one would have thought, lead to powerful and creative advertising campaigns. And yet there are so few memorable financial campaigns one can think of.

Banks have traditionally had sizeable marketing budgets with which to flog their wares, but the commercial that seems to be gracing our screens more than ever at the moment is a banal beach scene in which we see horses galloping through the waves choreographed to equally bland musak. The only attempt at any messaging is conveyed at the end with the words ‘By your side.’ This form of advertising is so devoid of any idea or meaning that you have to wonder what it is that Lloyds Bank is trying to achieve here, other than bringing their logo to life, and having hordes of mindless people adulating it for no apparent reason.

Barclays admittedly has been known to knock out the occasional good commercial. Their current online security commercial isn’t a bad effort. But you have to go back 18 years to see the famous ‘Big’ commercial featuring Anthony Hopkins, which delivered a simple chest-beating message with a certain panache and entirely excusable chutzpah.

The only other decent bank advertising I can recall was HSBC’s ‘The world’s local bank’campaign, which demonstrated the bank’s understanding of global markets with cleverly scripted vignettes of Western businessmen failing to understand the customs of foreign clients when abroad.

In the area of insurance and investment, one struggles even harder to think of good work. Back in the 80s a couple of good friends created a nice TV commercial for Legal & General about the very few investments that hadn't worked out for the company. One involved an oil rig in Mukluk, Alaska that drilled water, and carried the immortal line 'not much luck in Mukluk.' The end line was 'Only 99% certain of getting it right.' It was a brave commercial that gave L&G a human face and arguably made the company stand out from the dross.

Then, of course, there’s the Albany Life press campaign; easily the best press advertising campaign for a life company ever created. The irony is that Albany Life wasn’t a brilliant life assurance company despite its beautifully written and art directed press ads, and the company no longer exists.

It represents such a tiny drop in a vast ocean of bland communications. So why is this? Personally, I think it’s almost certainly down to the inherent character of these organisations’ marketing departments that tend to err on the side of caution; and let's face it, most ads that do that are infinitely forgettable. From my own experience, most companies in the area of financial services take themselves far too seriously; refuse to let their advertising agencies convey messages that are in any way negative; and view humour as being wholly flippant and something that will denigrate the company’s brand values. There has also been a trend since the late 90s for financial services to pay heed to their design agencies more attentively than their advertsing agencies, which I have never really understood. But I suppose if I were to invest vast sums in a comprehensive set of design guidelines, I'd feel compelled to adhere to these guidelines rigidly and at all costs. The problem is, of course, that such guidelines are so compehensive that they tread on the toes of the advertising agencies by stipulating the brand's tone of voice.

At the end of the day, humour and negativity are, in my view, two of the most valuable weapons in the creative team’s armoury. Take them away and it’s possible to see how we end up with asinine commercials featuring galloping horses and straplines that say absolutely nothing.