My scrape with the Serious Fraud Office 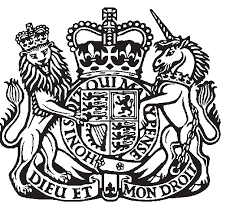 I haven't picked up a paintbrush for many years, but there was a time when I used to have occasional exhibitions of large abstract works on glass, which I used to produce fairly prolifically. I'm not entirely clear (no pun intended) as to why I chose to paint on glass. But having experimented with the medium and various paints including household gloss, which I wouldn't recommend, I discovered a water based pigment that actually worked rather well and was easy to handle and manipulate on a glass canvas.

I shan't bore you with any more details about the paintings themselves other than to recount an incident, which I had completely forgotten about, but could easily have formed the basis for one of Franz Kafka's short stories. If memory serves me right, it all started when I had my very first exhibition at the magnificent Burgh House, a Grade I-listed pile situated in the heart of Hampstead.

In retrospect, the show was probably one of my most successful in terms of sales and publicity. And during the private view,  a tall and gaunt figure sidled up to me early on. He looked and sounded just like the fraudster by the name of Lord Melbury who once appeared in Fawlty Towers . "I rather like this piece, old boy," he remarked while gesticulating at one of the very few pieces that had employed household gloss. "Reminds me of the London Underground map," he added with a wry smile. The piece in question was very large, and was a little like an early Jackson Pollock on a white ground. The London Underground would have been one of the last things I'd have likened it to, but I wasn't complaining as this distinctly eccentric character pulled a cheque book from his top pocket and proceeded to write me a cheque. "I don't suppose you could deliver it to my office could you, old boy?" he asked. I was more than happy to oblige and enquired where that might be. "Oh, it's very central. I'm at the Serious Fraud Office."

I later offered to give him and his other half a lift home to their flat in Highgate. On dropping them off, he turned and poked his head back in the car. "Do come in for coffee old boy. I have something I'd like to show you." Thinking this might be a collection of Jackson Pollocks or maps of international underground networks, I turned off the engine and followed them in. On taking my seat, he presented me with a polished walnut box and removed the lid. Inside was some kind of shotgun or rifle broken down into several  parts. I was a little nonplussed, downed my coffee and took my leave.

A couple of weeks later I found myself delivering the painting to the Serious Fraud office on a Saturday. He showed me to his office in this rabbit warren of a building and I proceeded to hammer hooks into a distinctly flimsy partition wall to hang the painting. This completed, the call of nature took hold and I desperately needed to find a gents. What I hadn't quite realised was that the Serious Fraud Office is the last place on earth one should go exploring as certain areas are no go zones that house highly sensitive, confidential files. I was to discover this at my peril as on opening a pair of large double doors, I inadvertently set off alarm bells that quite literally reverberated around the entire building and within seconds several security guards were on the scene. So I had to explain that I wasn't in search of private paperwork so much as a  public convenience. It was,  I hasten to add, not one's finest moment.

The story doesn't end here though.  Some years later I was informed by an acquaintance that the tall eccentric chap who had bought my painting had disappeared off the face of the earth and was wanted by the Metropolitan Police. "What on earth for?"  I enquired.

"Fraud apparently.  I trust that cheque he paid you didn't bounce," he quipped. Strangely enough, it hadn't.

Alex Pearl is author of Sleeping with the Blackbirds
Posted by Alex Pearl at 07:07