Of course creative copy sells. In this case it sold the copywriter. 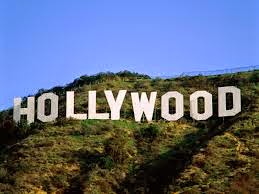 The year is 1934, and Robert Pirosh is a bright young American kid working in New York as an advertising copywriter. Like so many young men at the time, Pirosh likes to dream. He likes to see himself writing not for dreary household names, but for the stars of the silver screen. But unlike so many American dreamers, his dreams get the better of him, and before he has time to think things through thoroughly, he quits his well paid job on Madison Avenue, and heads for the Hollywood Hills with his typewriter.

Once there, he compiles a list of as many directors, producers and studio executives he can muster and impulsively bashes out a letter. But this is no ordinary letter. This is a letter concocted by a creative mind - one free from the shackles imposed by conservative clients and cautious account executives. It reads as follows:

I like the word screenwriter better than copywriter, so I decided to quit my job in a New York advertising agency and try my luck in Hollywood, but before taking the plunge I went to Europe for a year of study, contemplation and horsing around.

I have just returned and I still like words. May I have a few with you?

The letter secures him three interviews and a subsequent job offer from MGM. Within a year, Pirosh finds himself writing for the Marx Brothers. He co-writes both 'A Day at the Races' and 'a Night at the Opera'. And by 1941 his place as a Hollywood screenwriter is very firmly established, but also very abruptly interrupted by war, in which Pirosh sees active service as a Master Sergeant with the 320th Regiment, 35th Infantry Division in the Ardennes and Rhineland campaigns. In fact, during the Battle of Ardennes, he leads a patrol into Bastogne to support the surrounded American forces there.

After the war, he puts his extraordinary wartime experiences to good use by writing the screenplay for 'Battleground', a film based entirely on the Battle of Ardennes.  The film is hugely successful and picks up two Oscars for Best Screenplay and Best Cinematography. He then goes on to win the Golden Globe and the Writers Guild of America awards. And in 1951 he is nominated for another Oscar for his screenplay 'Go for Broke' which he also directed.

It's an astonishing achievement that might never have come to fruition had Pirosh not been so impulsive and bashed out those 189 glorious words on his typewriter.