No Gold Medals for Team GD 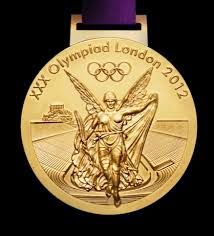 Graphic Design is a subject I studied many years ago at art college. I suppose back then I was inspired by the world of inventive visual ideas, and it's probably why I ended up entering the world of advertising as a copywriter where the creative idea is king. I have always held the view that intelligent graphic design has to abide by four simple rules:

And I would apply these simple rules to all forms of graphic design, whether we're looking at a book jacket, postage stamp or logo.

Now that the Olympics are looming, it occurs to me that none of my four simple rules can receive a single tick when it comes to the logo for said games.

This logo, which was created by Wolff Olins for the cost of £400,000 "isn't a logo", according to Lord Coe. "It's a brand that will take us forward for the next five years." As for it not being a logo, I couldn't agree more. The date 2012 rendered like a piece of graffiti does not, in my humble opinion, encapsulate the spirit of the world's most prestigious games. And in the light of the rioting across the nation not so long ago, I'm not sure that the association with graffiti and urban decay is one the games should want to embrace.

Then, of course, there's the legibility issue. A simple piece of market research would have made it plain as daylight that most people can't read the bloody thing. But having said this, why do we need to be reminded that it's 2012 anyway?

Finally, there's the question of its aesthetic appeal, which will always draw a subjective response. Here's mine: it's bloody ugly.

I'm instantly reminded of those immortal words uttered by the late William Hill, founder of the betting empire, who on casting an eye over the latest creative offering from his advertising agency, declared bluntly: "Call that an advert? I could do better with my nob and a pot of paint."