The homeless commercial that's yet to find a home 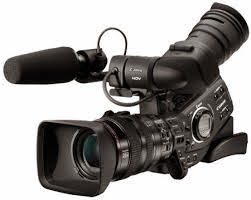 Just over a year ago my old friend John Mac (who featured in my last piece) called me at home in a state of excitement. "Alex, can we meet up? I'd like to run an idea past you." John is a professional advertising photographer and is without doubt one of the most energetic and impulsive people I've ever known. He's also incredibly talented both artistically and technically when it comes to producing beautifully lit shots for some of the world's most iconic brands.

We met in one of Soho's many watering holes and here he explained that he wanted to shoot a commercial to raise awareness of the homeless in the UK, and donate the finished film to any homeless charity in the UK that wanted to use it. He had recently been given a professional video camera to look after and was keen to put it through its paces.

"I have this idea in my head of a beautifully lit black and white film noir piece shot in the style of an early Roman Polanski. We see an attractive girl running away, and we can hear her terrified thoughts. But we can't understand a word she's saying because she's foreign. And that's the point. We all think we know what homeless people look like. But we don't have the faintest idea." He looked me in the eye. "I think there's something in it. What do you reckon?"

I liked the intriguing nature of the idea, but knew that it would rely entirely on  the power of a superimposed copyline that could encapsulate the idea and make sense of this otherwise incomprehensible piece of drama, and I said as much.

"Couldn't agree more, mate. That's the reason I wanted to get you involved." John finished his pint. "Don't suppose you could write us a line could you, and some dialogue? I'd like to do a casting next week. All being well."

It's not the conventional way one would normally approach such a project. Usually there'd be an official briefing with an account director and planner; there'd be a written brief; an agreed marketing strategy and a creative proposition to reflect the strategy. But John had come up with his own strategy and creative proposition in one fell swoop. And it went something like this: tell people that homelessness can affect anyone, and challenge pre-conceived ideas about the kinds of people who become homeless through no fault of their own.

As far as I was concerned, it was a reasonable proposition. And in John's hands I knew that it would be a compelling piece of film. So I slept on it and penned a line in the morning.

Casting took place the following week at the Soho Hotel, and John was keen for me to attend. He had been through a list of drama school students who were fluent in at least one other language and had selected a handful for the part. Following that one casting there was only one he felt could do the piece justice. But even then he wasn't 100% convinced. And then, as is so often the case when working with John, he had a piece of good luck. One of his make-up artists from Paris called him to say that her best friend, the young French actress, Sarah-Laure Estragnat was in town. John isn't one to miss an opportunity. Within a couple of days he'd arranged a meeting in Maida Vale, and with a digital recorder in hand we did a few test readings. She was brilliant and didn't need any directing.

John spent the next few days doing a recce. Locations would revolve around Woolwich tunnel, Borough market and Waterloo. Sarah-Laure would return to London in two weeks and shooting would take place over two evenings from around 8.00pm to 2.00am. All he needed was a small crew to help with lighting and a make-up artist. (As it turned out this wasn't to be Sarah-Laure's Parisian friend but John's long-standing make-up lady, Anne-Marie Simak.)

I attended the second night of shooting around Borough market. It was fascinating to see John at work on a film, frenetically waving directions to his actor and lighting men. The locations he had selected were particularly atmospheric, especially in black and white. And shooting each scene from different angles was fairly intense. Sarah-Laure was incredibly professional, following every instruction to the letter. Some scenes would be shot umpteen times, and it was distinctly chilly. This was November after all.

At one point, a young couple canoodling in an archway had inadvertently found themselves in one of John's immaculately framed scenes, and he wasn't too happy about it, so he prized himself away from his camera and stormed over to the offending couple. "I'm sorry, but can I ask you to do that somewhere else? We're filming." The couple looked a little startled, giggled and shuffled off in search of another dark corner away from prying eyes. John came back to his camera beaming and chuckling to himself. "Nice night for it." And that was about the only short break in the proceedings.

I took my leave of them at around midnight. It was exhausting just watching all this nervous energy.

A couple of days later John sent me his rough cut. To my eyes it looked perfect, with each short set-up flowing seamlessly into the next. And, of course, the lighting had John's inimitable fingerprints all over it. Final editing, grading and dubbing were completed by Vee Pinot, Matthew Lee-Redman and Zak Kurtha over at Hogarth Post-Production.

The upshot is that this commercial received a great deal of praise from a number of senior figures from various national charities. One in particular (which will remain nameless) loved it, but was unable to screen it for certain "political reasons" which it wasn't prepared to divulge. And as we speak, no other homeless charity has wanted to make use of this free commercial, which John had kindly produced as a favour.

In a recession, it's rather bizarre that charities are happy to employ designers and advertising agencies for which they have significant budgets; and yet turn away free advertising when it comes their way. A case of charities turning their noses up at charity perhaps?

You can see the commercial below: