In praise of the NHS 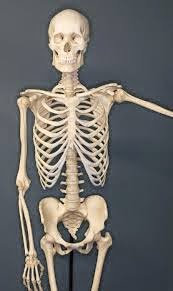 We blokes tend to to get a little more focused on our health when we pass our half century. And if it's not us, it's invariably our wives, partners or GPs who do the focusing. Two years ago while having my annual check-up with the local doctor, he brought up the dreaded subject of the prostate. Though it wasn't troubling me, I had to admit that my visits to the bathroom during the night had been creeping in an upwards direction. Since I had private medical insurance through my company, it seemed like a simple matter, or so I thought, to get it checked out.

My GP pointed me in the direction of "the best man in London." Without wanting to name names, the man selected for the job runs a swish private clinic in one of London's smartest locations well known to the private medical fraternity. There followed a succession of consultations culminating in a thoroughly unpleasant procedure dubbed a cystoscopy. This procedure involves an ingenious microscope being passed through the urethra into the bladder under a local anaesthetic. 'The best man in London' who is a thoroughly likeable sort, if a little gung ho, reassured me that this procedure is akin to a "walk in the park." To cut a long story short, I've had many very pleasant walks in the park; but this most certainly wasn't one of them. The upshot was that my condition required surgery to remove a small obstruction caused by the prostate.

Following further consultations, the consultant recommended green light laser surgery at the Edward VII hospital, an establishment favoured by the Royal Family, no less. The operation went ahead and I was in hospital for three nights. On coming home my condition, if anything, became worse, and as a result, countless consultations were arranged and further tests undergone. Now, I should mention here that private medical insurance is hopeless when it comes to 'day care'. When you're being seen by 'the best man in London' you'll be paying something in the region of £150 to simply exchange pleasantries. Should you need any tests or examinations, this figure will soon escalate. Bearing in mind that policies will only provide around £1,000 of cover per year for day care, you really are woefully underinsured - as indeed I was. To add insult to injury, the fees for surgery were in my consultant's case so high that my insurance policy with AXA didn't even cover the full amount. So besides being out of sorts, I was also out of pocket.

After a year of getting nowhere very fast, I decided to ask 'the best man in London' for a referral to see someone on the NHS. He pointed me towards a colleague at Barnet General.

Now this bloke wasn't at all gung ho. In fact, he was fairly brusque and to the point. "Well Mr Pearl", he inferred. "Call me old fashioned, but I won't touch green light surgery. In fact, I don't allow it here. Seen too many patients presenting with your kind of symptoms following laser treatment. Doesn't work I'm afraid."

Instead he suggested a cystoscopy to have a good look. When I turned a shade of green, he was perfectly understanding. "Oh don't worry. I don't blame you in the least. I'll arrange for you to have it under general anaesthetic." Until this moment, I hadn't realised that this was even an option - thinking foolishly that general anaesthetics weren't lavished on walks in parks.

The procedure came and went and I was eventually advised to have a conventional bladder neck incision to alleviate my symptoms.

I have just returned from Chase Farm hospital. It's early days and it remains to be seen if the operation has succeeded. But I have to say that my experience on the NHS, though one I wouldn't want to repeat in a hurry, was outstanding in every respect.The nurses were brilliant and the level of care incredibly attentive.

Now, I'm not saying that my private consultant wasn't up to the job. It's more than likely that he genuinely felt that laser treatment was the right way to go. But I can't help wondering whether going on the NHS from the start might have saved me an awful lot of time, trouble and money - not to mention a thoroughly unnecessary and unpleasant  walk in the park.

Alex Pearl is author of Sleeping with the Blackbirds
Posted by Anonymous at 06:49