A peculiar kind of brand loyalty 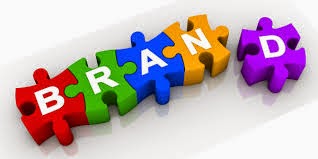 We advertising copywriters are often accused of perverting what skills we have to merely flog a load of fairly dodgy merchandise that nobody in their right mind would ever consider parting money for. To some extent I suppose there is a grain of truth here. I have, in my time, had the dubious pleasure of writing ads for real stinkers. I won't name names but suffice it to say that I have written for at least one truly appalling motor car, more than one disastrous investment fund, a pretty horrid soft drink, a particularly unpleasant lager, a fairly unreliable brand of boiler, a telecoms company whose wireless routers are utterly hopeless... I could go on.

But the sad truth is that it isn't just members of the unsuspecting public who have the wool pulled over their eyes. You see, before any copywriter worth his salt can embark on the task of creating an idea and putting pen to paper, or indeed, fingers to keyboard, he has to immerse himself in the world of his client's. This invariably means visiting factories, warehouses or call centres, and experiencing the brand first hand. And, of course, to write convincingly and passionately about anything, whether it be a boiled sweet or a dirty lump of coal, a copywriter has to embrace it wholeheartedly and have utmost faith and confidence in it.

In my case, this has meant buying into the product quite literally. So I can now confess that I too have been gullible enough to believe my own advertising, and for years, have put up with investments that have gone nowhere other than downwards, temperamental cars that have decided to stop working on the North Circular, boilers that have quite literally blown up, and theme parks that, well, even my kids wouldn’t touch with the longest of barge poles.

So the next time someone infers at a dinner party or social gathering that those employed in the shady world of marketing are no better than brainwashers employed by the Moonies, I shall have to point out that some of the world’s biggest victims of advertising, aren’t members of the public, but the poor sods who write the ads in the first place.

Alex Pearl is author of Sleeping with the Blackbirds
Posted by Anonymous at 06:58